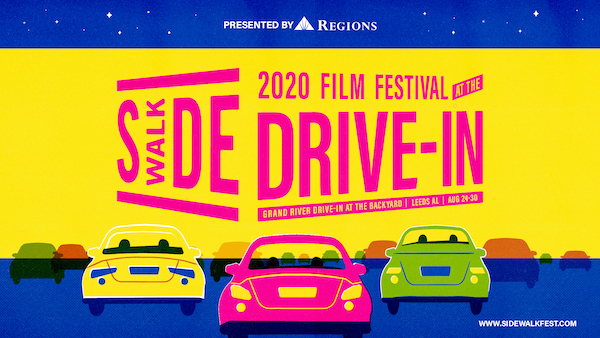 All the info and links you need to experience the Festival!

The Grand River Drive-In offers 4 drive-in screens, a concession stand and grill, an off-leash dog park for the furry friends, a playground for the kiddos, a mini-golf course, and yard games. There will be four traffic lanes to enter the venue, and you will be directed to your screen by our staff.

Each screen has a different capacity, the smallest being 78 cars and the largest being 177 cars! The lots at the Grand River drive-in are staged so that any car of any size can park anywhere and can get a clear view of the screen. This means that parking your vehicle will be easier than it was if you attended any of our pop-up drive-ins at The Summit. We do ask that if you plan to leave a screening early to park at the back so as not to disrupt other patrons. 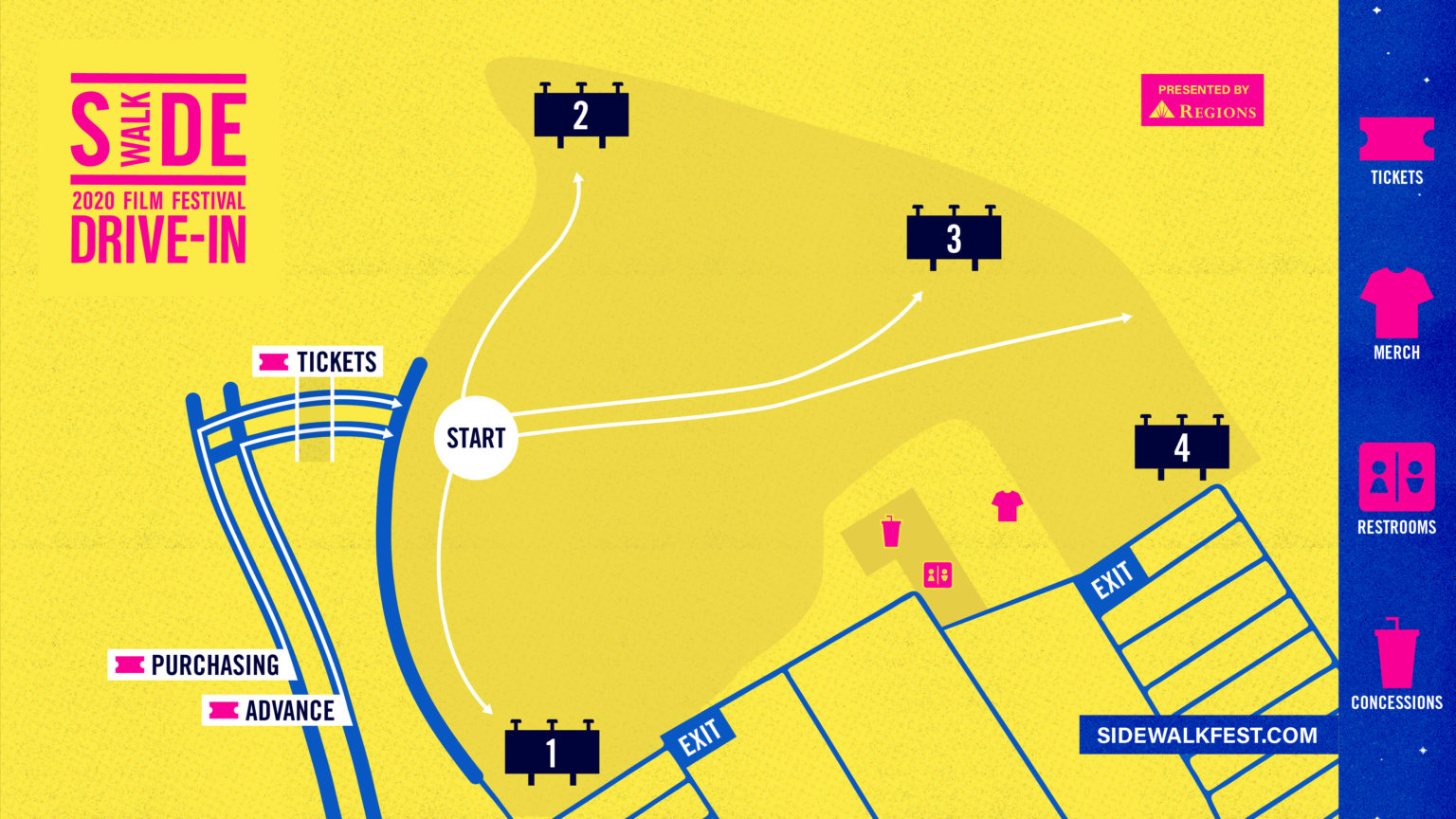 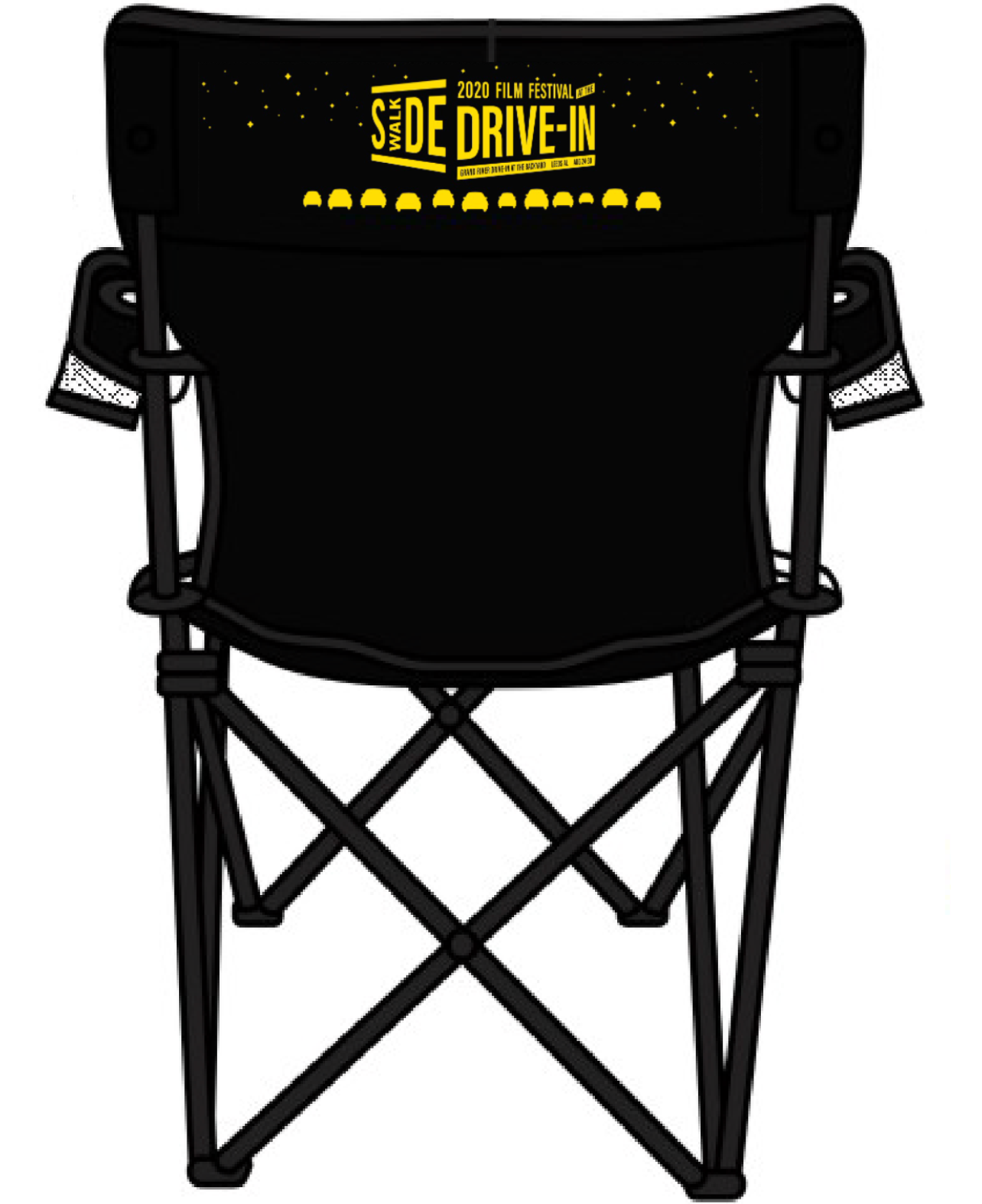 • Everyone should bring an open mind and an adventurous spirit!
• A mask or cloth that covers your nose and mouth. Masks will be required any time you are outside your vehicle and when interacting with Sidewalk staff or volunteers from inside your vehicle
• Since this is a drive-in festival, you may want to consider the following items: camp chairs (we have limited-edition Sidewalk chairs for sale!), blankets, comfortable shoes (much of the venue is not paved), and a debit/credit card (some points of sale will be cashless due to COVID-19).
Please don’t bring: Outside food or drink, Bad attitudes, Weapons of any kind, Drugs

The speed limit within the venue is 5 mph. Once you arrive, our volunteers will provide you with the radio frequency for your screen. If your radio does not work unless your car is running or you plan to sit outside of your vehicle, we suggest you consider bringing a portable FM radio.

After parking, we ask that you ensure that your headlights are not on to create a better viewing experience for those around you.

Since you’re unable to bring in outside food and drinks, concessions will be handled by the Grand River Drive-In. Their snack shack offers everything from the classic popcorn, candy, and nachos to a grill with burgers and hotdogs! They also offer a full bar so grab a beer and a burger and enjoy the film!

We are moving our audience ballot process to a digital format. You will have information on the pass you receive upon entering the festival to access the digital ballot for the screening you are attending. Simply submit your vote and follow up at the end of the festival to see if your favorites win!

Did we answer all of your questions?

Help us spread the word!

Sidewalk needs your help to get the word out about this year’s festival on social media! It helps even more if you can personalize your posts by talking about a film you are particularly excited to see, but really anything helps! Here are a few captions you can copy and paste to share on the platform of your choice and an image you can use:

FACEBOOK: I’m going to the #sidewalkdrivein this August 24-30! Join me and check out some new independent films and some beloved classics, all from your car! Check out the online schedule here: sidewalkfest.com/schedule

INSTAGRAM:  @sidewalkfilm is hosting a drive-in film festival! Join me at the #sidewalkdrivein August 24-30. You can find the full schedule at sidewalkfest.com/schedule 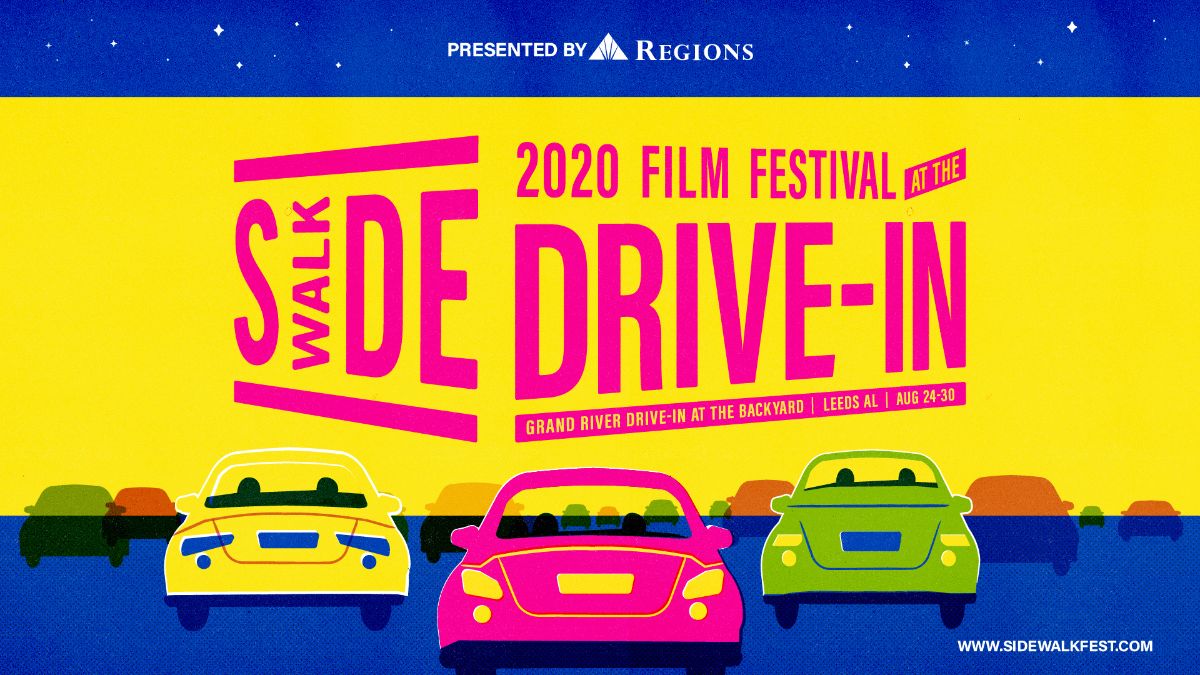 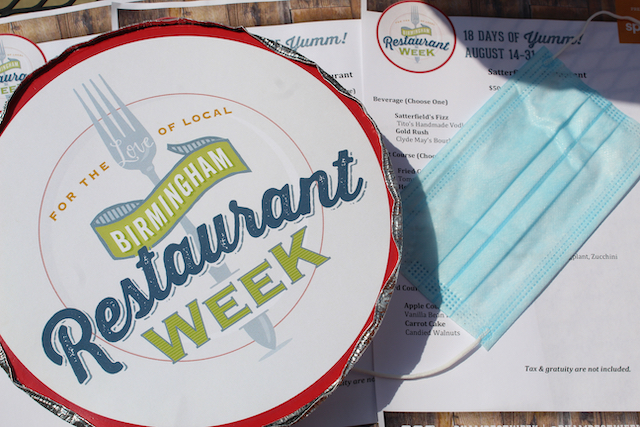 The 11th annual Birmingham Restaurant Week (BRW) presented by Spire will be held Friday, Aug. 14 through Monday, Aug. 31, 2020 with 18 days of dining out deals. Normally a 10-day event, this year’s BRW provides an additional eight days of Second Helpings to maximize sales for area businesses due to COVID-19 and to allow patrons more opportunity to support participating businesses. Birmingham’s Premier Culinary and Beverage event features a new recipe this year with an emphasis on new Curbside, To-Go and Delivery options available from participating restaurants, bars and food trucks.

Established in 2010, the annual event celebrates the city’s burgeoning culinary reputation, demonstrating to locals, the region and the world why Birmingham is the South’s most vibrant culinary destination by offering incentives for patrons to revisit their favorite restaurants, bars and food trucks or to experience new ones. From fine dining to down-home cookin’, food and drink lovers with a taste for adventure can enjoy special lunch or dinner 2 and 3-course, prix-fixe menus ranging from $5 to $50 per person – making it easy and affordable for everyone to enjoy a taste of Birmingham’s diverse dishes. BRW is inviting locally owned bars and food trucks to participate this year as well.

New for this year, patrons have the opportunity to bring BRW home to their table and enjoy with family and friends by choosing from new To-Go and Curbside Pick-Up options, as well as Delivery, if available from the restaurant. The traditional Dine-In option for BRW will be available but limited for businesses and with safety precautions, such as socially distanced seating, disposable table items, mask requirements and more. Family-Style Meals, To-Go Cocktails and Cocktail Kits have been included by many participating BRW businesses.

“Birmingham Restaurant Week is going to be huge for the restaurant industry this year,” said Zebbie Carney, owner of Eugene’s Hot Chicken. “I believe that the restaurant industry has taken a bigger hit than most industries with the influx of customers. Even if people are just ordering to-go or buying gift cards during BRW, it will tremendously help restaurants!”

Nothing about 2020 is business as usual. And yet, BRW feels the weight of importance in supporting local restaurants which represent both small businesses and the food which defines our culture. In fact, in the spirit of entrepreneurship and innovation, it was local restaurants that rapidly implemented curbside and delivery plans in order to keep Birmingham fed.

“This year, it’s more important than ever to support our local restaurants among all they’ve faced as a result of the pandemic,” says Bill Stoeffhaas, co-founder of Birmingham Restaurant Week and partner at Style Advertising. “Each restaurant has created their own unique way of moving forward during this challenging time, and this year’s BRW provides an opportunity to spotlight that and provide them with the community support and promotion they deserve.”

Only locally owned and operated businesses will be allowed to participate this year, as BRW has decided to be hyper local and support the local community. Participation is welcomed from local establishments throughout metro Birmingham, including the City of Birmingham, Mountain Brook, Vestavia, Homewood, Hoover, Trussville and other neighboring cities.

“Spire is excited to work with BRW in supporting our local restaurants during this difficult time and highlight our mutual commitment to the health and safety of our communities. This year’s BRW is a great example of how we can begin to move forward and get through this – together,” says Joe Hampton, President of Spire Alabama.

“All of the hardworking and dedicated individuals who are the heartbeat of the culinary talent in our city have suffered the brunt of this crisis, and it’s up to us to support and promote them during this time,” says James Little, co-founder of BRW and owner of Filter Coffee Parlor. “We’re asking everyone to take advantage of this year’s BRW more than ever by ordering to-go or curbside pickup meals, purchasing family packs and cocktail kits and enjoying all that the restaurants and bars are bringing to the table this year.”

In spring 2019, BRW organizers surveyed diners and found the following:

Throughout 10 years of BRW, more than 1.2 million BRW menus have been sold, raising over $24.5 million in gross receipt sales and generating more than $2.2 million in sales tax for local cities. In 2019, an estimated 108,000 meals were served, generating more than $2.1 million in total gross revenue to participating restaurants. BRW has also raised more than $75,000 for local nonprofits, which is a goal of BRW to continue doing this year. Planning is underway for Winter Restaurant Week which will take place Jan. 22 – 31, 2021.

BRW is active on Facebook, Twitter and Instagram, and can be found @bhamrestweek. The official event hashtag is #BhamRestWeek. The BRW “Free Food Friday” contest is taking place again, allowing fans to win gift certificates to a BRW-participating restaurant each Friday.