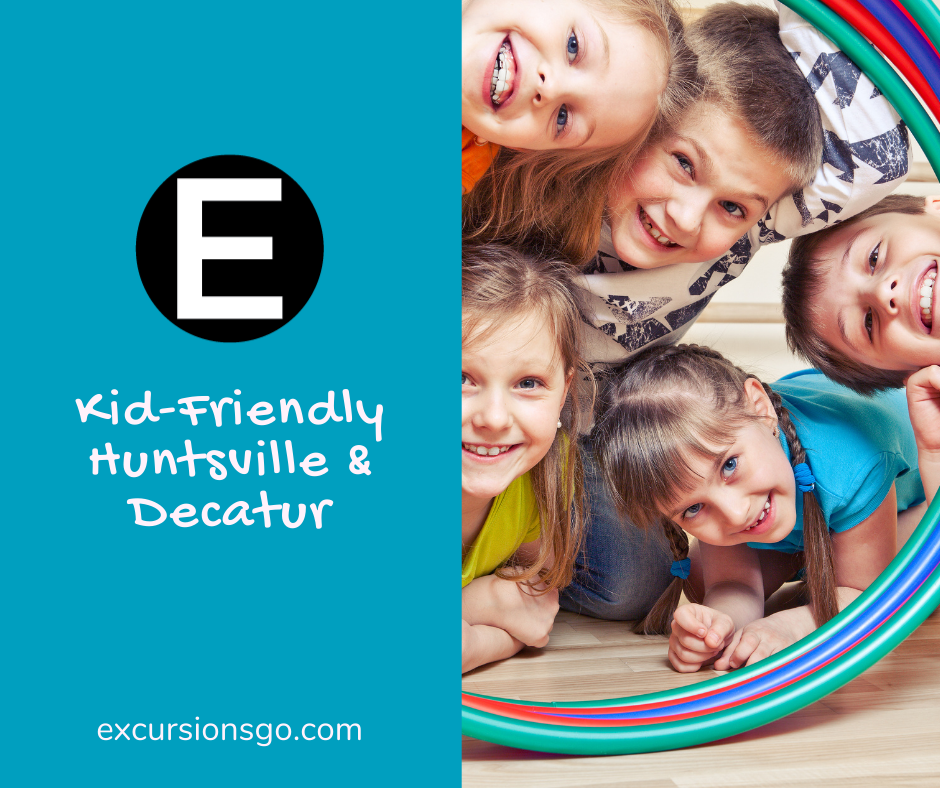 There’s a lot of fun to be had in the Huntsville and Decatur area for kids! Check out our list of cool attractions your kids are sure to love.

Burritt on the Mountain — A Living Museum has been referred to as a “Jewel on the Mountain.” Start with Dr. William Henry Burritt’s eclectic mansion, add a historic park with restored 19th-century houses including barnyards and animals, and finally throw in the artistic side with concerts, plays and exhibits, and you have a delightful mixture of old and new for young and old!

In 1955, Dr. Burritt willed his mansion and surrounding 167 acres of land on Round-Top Mountain to the city of Huntsville (making it Huntsville’s first museum). Since that time, volunteers and community activists have brought original homes from the area to Burritt to be restored and utilized as an educational facility. Our interpreters are always busy demonstrating activities as one would see on a 19th-century farm. Blacksmithing, spinning, and cooking over an open hearth are just some of the skills employed in our historic park. In the Burritt Barnyard, visitors can get “up close and personal” with an animal that would have been used for work, wool, or even food for the farmers and their families.

Open year-round, the Huntsville Botanical Garden has 112 acres to explore, learn, and discover the beauty and wonder of plants. From grassy meadows to woodland paths, aquatic habitats to stunning floral collections, the Garden invites guests of all ages to make memories together in nature.

Since opening its doors in 1970, nearly 16 million people have toured the U.S. Space & Rocket Center. The vast majority of those visitors have been from out of state or from foreign nations. Many of the more than 550,000 annual visitors are school students on field trips to their future. Dozens of interactive exhibits encourage visitor participation, prompting one official to note: “Here, everyone can be an astronaut for the day!”
Home to Space Camp® and Aviation Challenge® Camp, the U.S. Space & Rocket Center (USSRC) is the most comprehensive U.S. manned spaceflight hardware museum in the world. Its large rocket and space hardware collection is valued in the tens of millions of dollars. From America’s first satellite, Explorer I, to next generation space vehicles like Sierra Nevada’s Dream Chaser, the museum showcases the past, present and future of human spaceflight.
The USSRC is more than just artifacts! Experience the physics of astronaut training like never before in simulators like Space Shotand G-Force. Our Spacedome IMAX® Theater transports you to different worlds with amazing documentary films like Hubble, and live demonstrations in the Discovery Theater will have you seeing space science in a whole new light. There’s always something happening at the U.S. Space & Rocket Center! 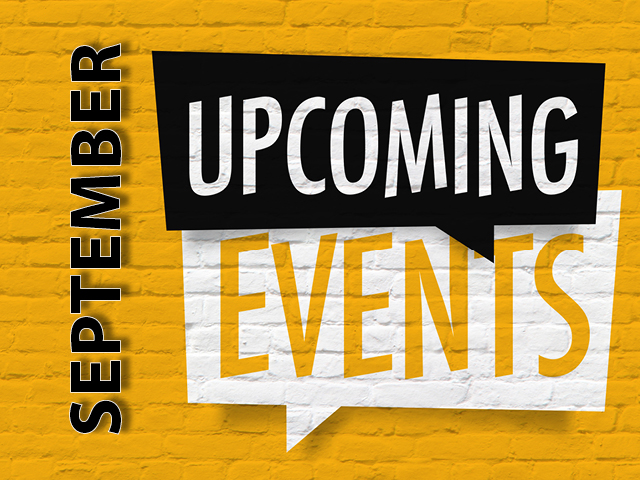 The weather is cooling down, and there are many fun events in Birmingham, Huntsville, and Decatur to help you welcome fall!

Furnace fest 2021 will be held at Sloss Furnace in Downtown Birmingham on September 24-26. You can buy tickets here: www.freshtix.com/events/furnacefest.

Night Blooms will lead you on a one-mile walking journey through the Garden in the evening. As you make your way through the Garden, you will discover vignettes of botanical lanterns integrated into the natural surroundings. Intricately designed and handmade by trained artisans, these lanterns bring plants and wildlife to life, reimagining the living things of the Garden as illuminated, technicolor, and larger than life. From poppies and orchids to turtles and spiders, Night Blooms will show you just how extraordinary a walk through the Garden can be. Through September 26.

The Purdy Butterfly House is a must-see in May through September! Peak Butterfly Season is the best time of year to visit the fluttering butterflies in the nation’s largest open-air butterfly house. This immersive habitat is home to over 1,000 brightly-colored native butterflies, as well as turtles, fish, and frogs. Come meet our winged friends while enjoying a stroll among the waterfalls, ponds, streams, and lush vegetation. The Purdy Butterfly House is open during regular Garden hours and is included with Garden admission. Through September 30.

Drones: Is the Sky the Limit? at the U.S. Space & Rocket Center

Developed by subject experts from the Intrepid Sea, Air & Space Museum, and produced by Imagine Exhibitions, Drones: Is The Sky The Limit? explores the modern phenomenon of drones, their uses throughout history and the exciting possibilities of the future role that drones will play in our society.

Over the last 75 years, drones have evolved from remote-controlled planes used for target practice into versatile and highly specialized aircraft. As these aircraft fill the skies, they raise concerns about airspace, privacy and ethics in modern warfare. But these concerns are eclipsed by excitement for their potential: someday drones will explore Mars, serve as pilotless flying taxis, and deliver packages and groceries to our front doors.

Drones: Is The Sky The Limit? features real drones, in-depth label paneling and rich audio-visual content. The exhibition also includes a drone racing video interactive and provides a birds-eye view of the aeronautics, engineering, science, technologies and innovations of one of the most intriguing topics dominating our current culture.

Concerts by the River at Rhodes Ferry Park in Decatur

Concerts by the River will be September 13, 20, & 27 at Rhodes Ferry Park (Hwy 20 at Oak St) unless otherwise noted. All concerts are FREE and will begin at 6pm. There will be food trucks, so don’t forget to bring your chairs or blankets. Weather info, cancellations, or venue moves will be posted, or you can call (256) 341-4818. 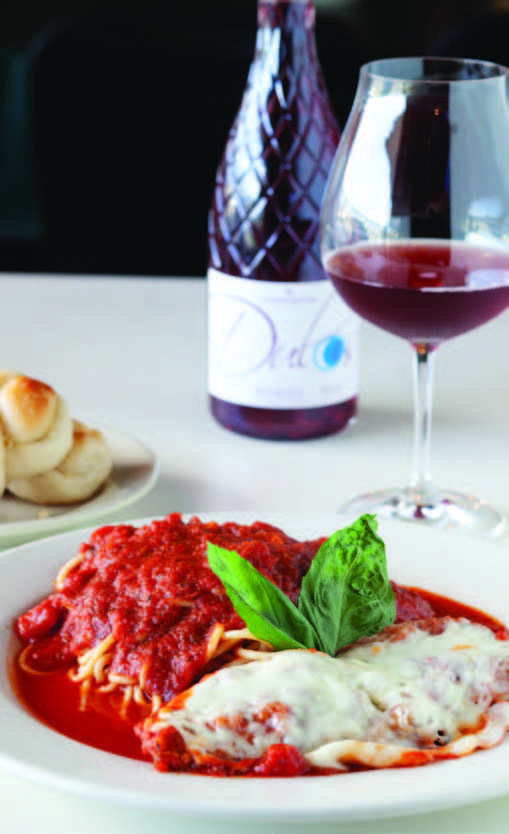 Known locally as “Home of the Pinwheels,” Francesco’s Italian Restaurant boasts an extensive menu filled with homemade, authentic Italian recipes. Chef Roy Frias has showed a passion to achieve the authentic Italian flavor in every dish. His sister, Lucy Frias, is the friendly face you will encounter when visiting this family-owned restaurant.

Their food has been popular to regular customers from all of North Alabama surrounding areas, like Cullman, Huntsville, Madison, and of course locals from Decatur.

They have been awarded the Certificate of Excellence by Tripadvisor 2014-2016.

A Few Items from the Menu

And so much more!

See their mobile profile at EXCURSIONSGO.com